The Mysterious Life and Death of Jeffrey Alan Lash

(Sorry, kids. Sea Monster Monday has temporarily been pre-empted by a breaking story too weird not to report. It will be back next week.)

On Friday, July 17, Los Angeles police found the remains of a man decomposing in his car, which had been parked in front of his Pacific Palisades home a few weeks earlier. The deceased – a 60-year-old white male identified as Jeffrey Alan Lash – died on July 4 and directed his fiancée and his assistant to leave his body in the car and get out of town, as his “government handlers” would take care of it. They did as told, because they believed his stories about being a part-alien secret agent who worked for an unnamed spy agency. The police have released a statement that Lash did not work for any government agency. (Like they would admit it.)

While investigating his home for foul play, police found:

According to tenants at his former residence, he drove a different new vehicle almost every month; the vehicles never had plates. Neighbors knew him as “Skinny Bob” – a friendly local gun nut who claimed to work for the CIA, dressed all in black and seemed a bit jumpy. Police have confirmed that he was not a gun runner or drug dealer and no one can determine where his sizable fortune came from.

Some of the even weirder aspects of the case that – if one were a conspiracy theory fan – might lend credence to Lash’s claims of being a human-alien hybrid super spy:

Was Lash a wealthy eccentric with a taste for raw meat or an alien-hybrid secret agent whose handlers dropped the ball on body retrieval duty? I’m leaning toward alien-hybrid… but that’s just me. 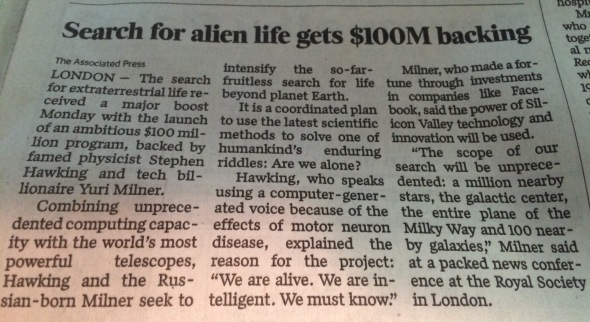 Behold the terrifying spawn of the deep! Is it a mermaid? A merman? A freakishly cheerful alien? Nope, it’s just Jenny Haniver.

If Predator and the Flying Nun had a baby…

A Jenny Haniver is the dried carcass of a skate fish (a smaller version of a sting ray) that was carved to look like a sea monster and sold to gullible tourists as proof of sea monsters. These specimens are thought to have inspired stories about the Sea Monk, a supposed sea monster that looked like a man of the cloth — sort of an underwater priest, if you will.

Forgive me, Father, for I have finned. (I’ll show myself out…)

Here are some other versions of Jenny Hanniver that will haunt your dreams. 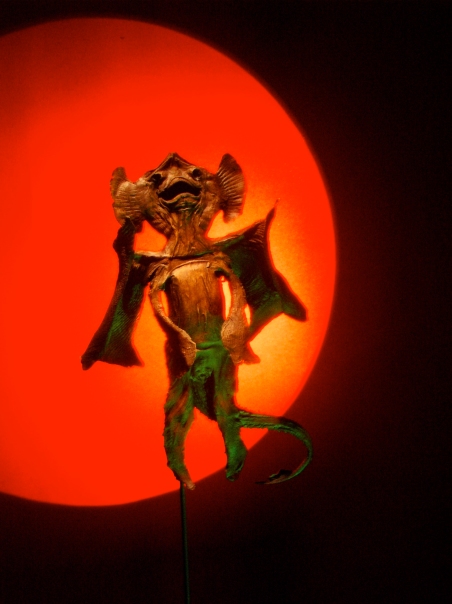 It’s smiling because it knows where you live.

Stay tuned for next Monday, when I review new footage of Frannie, the San Francisco Bay sea monster, sent to me by wonderful Friends of the Blog (FOB) Bill and Bob Clark of SF Sea Serpent fame.

Today is the birthday of Nikola Tesla, greatest inventor who ever lived (and possible cause of the Tunguska Explosion of 1908.)

Please to enjoy this excellent article about Mr. Tesla, brought to you by the fine people at The Oatmeal. Also, fuck Thomas Edison right in the eye socket. With a meat cleaver.

Someone knows how to rock a handsome pornstache. Ironically.