Paranormal researchers in Mexico claim to have found the body of a tiny winged humanoid. X-rays revealed a skeleton inside the figure, bolstering the researchers’ claims that it is the remains of a real-life fairy.

Check out the video below:

Smithers to Finally Come Out of the Closet

This season on The Simpsons, Wayland Smithers Jr. will finally come out of the closet to the only person in Springfield who didn’t know he was gay: his boss (and longtime not-so-secret crush) Mr. Burns. This is going to be AWESOME.

Jesus realized too late that the Apostles were not the sharpest knives in the drawer.

Your Day in Oddness: The Mysterious Death of Nikola Tesla

On this day in 1943, genius inventor Nikola Tesla died alone and penniless in a New York City hotel room. Immediately after his death, all of his scientific papers vanished. These papers contained information about a “Death Ray” that was designed for military purposes. Tesla, who had been working this invention for years, claimed it was capable of destroying 10,000 enemy airplanes at a distance of 250 miles. It has long been rumored that the infamous Tunguska blast of 1908 – which leveled several miles of forest in Siberia – was caused by an accidental transmission of Tesla’s Death Ray.

Bill and Bob Clark — who run an excellent blog called SF Sea Serpent — just contacted me to let me know of an exciting new sighting sent to them by a very credible witness. The details of his email are listed below. Thanks to Bill and Bob for sharing this with NFHIFW and stay turned for a long overdue interview with these gentlemen to be posted here soon. And be sure to check out their fascinating blog if you are interested in sea serpents or sea monsters.

Note: The witness’ name has been removed to protect his identity.

I’ve followed your blog for a while and am aware of your incredible experience.  I travel between Sacramento and San Francisco several times a month.  On my way back from San Francisco early this afternoon on the Carquinez  Bridge, I noticed a curious black object in the water just west of the bridge. I was driving east bound and looking to my left and I could see underneath and slightly west of the west bound bridge when I noticed the object.  It was black, not shiny but not dull, either. It was sort of hump shaped.  Understand that I only caught sight of this object for several seconds as I was driving away from it, now looking back over my left shoulder.  In those several seconds I observed the following:

The object was black, smooth, and hump shaped.

Hard to judge size as there was nothing man made near it but I would estimate the object to be approximately 4’ long and 2-3’ wide..

The object did not seem to be moving.

It slowly sank vertically out of sight in the few seconds I observed it.

I noticed no horizontal movement, no splashing, no wake. I have seen porpoise and whales but never in the Straight and they are typically a grey or dark grey in color. There was no dorsal fin.

The water was fairly calm and there were no ships or boats in the straight. No wake was evident.  The day was partly sunny and warm. It was about 1:15 PM.

I am a former Marine Corps pilot and have had extensive experience flying up and down the California coast and I have seen whales, porpoise, sharks, and sea lions from the air.  I am fairly certain what I saw was not any sea mammal I am familiar with.  I got the impression it was an animate object and not trash or debris in the water.  I would think that a large sea lion might be possible but that would not be in keeping with my past observations of those animals.  I don’t really know what I saw but it was very strange, especially so close to the bridge.

I have never seen a “sea serpent”. I believe that the vast number of so called sea serpent sightings are cases of mistaken identity or just hoaxes.   I have read “The Great New England Sea Serpent” by O’Neill and I think so many sightings could not be groundless and so I try to keep an open mind.  I thought you might appreciate my experience. 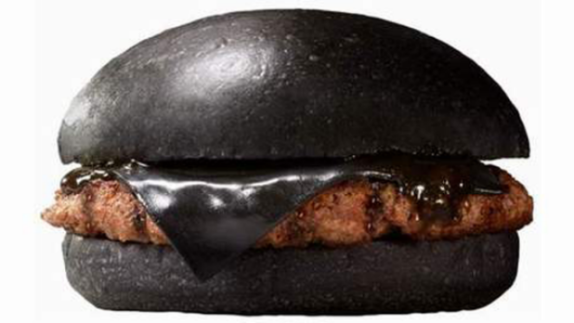 Behold! The Vampire Squirrel of Borneo

Scientists recently shot a rare photo of the elusive Vampire Squirrel of Borneo, seen below looking like a short, angry weaponized kangaroo. The Vampire Squirrel, which gets its nickname from its rumored taste for deer blood, is twice the size of a regular squirrel and has the bushiest tail of any known species.

In summary: Weirdest. Squirrel. Ever. 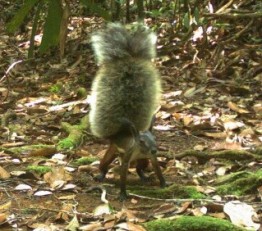 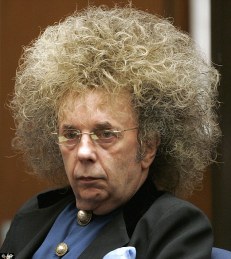 In the “Clearly They’re Now Just Messing with Us” news category, NASA conducted a test flight on Saturday for its new vehicle, which just happens to look exactly like a flying saucer. Designed to help slow the descent of heavy spacecraft into Mars’ thin atmosphere, the Low-Density Supersonic Decelerator (LDSD) failed to deploy its parachute during the test but NASA officials still declared the experiment a success.

A NASA spokesperson stated “The test vehicle worked beautifully, and we met all of our flight objectives. *Also, in no way did we reverse-engineer the craft’s design from anything found at Roswell. Werner Von Braun who?”

*Full disclosure: I may or may not have made that last bit up but you know they were thinking it.

Special thanks to FOB extraordinaire Kang for both sending me this story and loaning me the hardware to publish it. You rock, Kang! 🙂