Authorities in the town of São Gonçalo de Campos in Brazil issued a curfew requiring residents to stay inside after 9 p.m. since locals started reporting sightings of something that looks quite a bit like a werewolf.

Although to be fair, in this screenshot it also looks quite a bit like a picnic table.

The “monster” was caught on security footage in someone’s back yard. It’s almost certainly a hoax but it’s still pretty damn creepy. Check it out:

Well this SUCKS. Harold Ramis — brilliant writer, actor, director, producer and most importantly Egon Spengler in Ghostbusters — passed away this morning from complications of an autoimmune disease. Not only did he help Dan Aykroyd write Ghostbusters, he was behind such brilliant movies as Groundhog Day (“Don’t drive angry!”), Caddyshack and Stripes. RIP, Mr. Ramis. You will be sorely missed.

The wonderful Harold Ramis – gone too soon. Human bedbug Ted Nugent – alive and kicking. Hey, Karma, I need a word with you.

Walking on Water: Intriguing Evidence of Possible “Time Slip” in the UK

Back in 2010 during our annual ‘Paranormal Week’ (PW) at Halton Lea Library in Runcorn, a gentleman called Philip McKeown showed the PW team a photograph he had taken sometime around 1983. The picture (see below) was a shot of the shoreline around Crosby taken during a stormy day. At first glance, everything in the picture appeared to be perfectly normal but, as Philip soon pointed out, on closer inspection there appeared to be a figure walking towards the shore – not through the waves, but right on top of them. He told us that where the figure was positioned, the water would have been around 5 foot deep. Philip went on to assure us that the photo had not been manipulated in any way, nor was it a double exposure. He also told us that at…

And Now a Word from Ron Burgundy…

Thanks to FOB Extraordinaire Marina “THISCLOSE to Sainthood” Ramsey, I received this handsome beast as a Valentine’s Day present. AND he says 12 different clever movie quotes! Don’t act like you’re not impressed.

Very excited to be writing my first requested blog post. Friend of the Blog (FOB), Most Interesting Man in the World and all-around bad-ass Thomas Blasucci requested a post on a creature even more terrifying than creepy clowns or ghastly ghost sharks… the dreaded one-upping, conversational Narcissist!

We all know the Narcissist — that person who — either out of insecurity, egomania or an unholy alliance of the two — steers any and all conversation directly back to themselves at all costs. This is an almost word-for-for reenactment of a conversation I recently had with one such horror.

Me: “I might get new glasses.”
Him: “I don’t need those because I have 20-20 eyesight. Funny anecdote about that…. I was telling my close personal friend the Dalai Lama about my perfect vision and he told me that I was the handsomest man he ever met. Long story short: I INVENTED GLASSES!”

The most frightening thing about narcissists is — unlike conventional monsters — you can’t kill them with holy water or a silver bullet. Well, a silver bullet would probably do the trick but try explaining that to a grand jury. The only thing you can do is back slowly out of the room while avoiding eye contact, like you would with a grizzly bear or the Mayor of Toronto. Then run like hell. 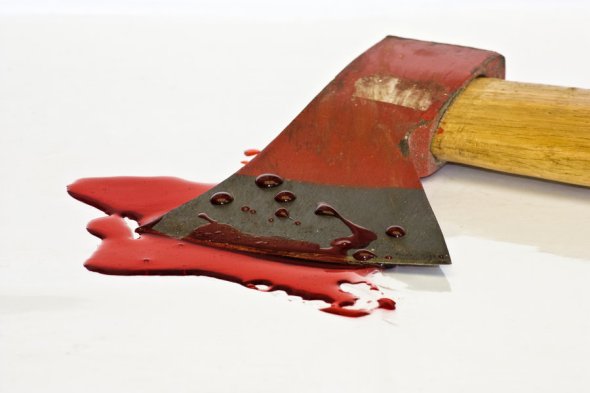 Legend has it that they can be killed with an ax but that’s kind of a grey legal area.

The U-28 Abomination: A WW I Sea Monster Story

Here’s a great sea monster story straight from the good people at www.americanmonsters.com. (Which may be my new favorite web site.)

During World War 1,  Commander Freiherr Georg-Günther von Forstner encountered what he and his crew described as a 60-foot-long crocodile off the coast of Ireland. After his U-Boat (the U-28 Schmidt) sank the British steamer Iberian on July 30, 1915, the German captain and his crew were shocked to witness a violent explosion of ship debris shoot into the air that included a dinosaur-sized crocodile.

In 1935, von Forstner published a book about the event called “The Case for The Sea Serpent.” Here’s a quote:

“We were unable to identify the creature, but all of us agreed that it resembled an aquatic crocodile, which was about 60-feet long, with four limbs resembling large webbed feet, a long, pointed tail and a head which also tapered to a point. Unfortunately we were not able to take a photograph, for the animal sank out of sight after ten or fifteen seconds.”

German U-Boat captains are not particularly whimsical men. Nor are they given to flights of fancy involving improbably giant animals, especially with Herr Hitler breathing down their neck. So for Captain von Forstner to publish an entire BOOK about a sea monster in 1935, either one of two things had to have happened:

1. von Forstner’s Jarlsberg cheese finally slid off his cracker. Or,

2. He saw a goddamn sea monster.

I think you know which way I’m leaning.

North. I’m leaning North, because I think that’s the direction of Ireland from here. (Full disclosure: I am not good with directions.)