Members of Operation Munchkin, arguably the cuddliest Nazis ever.

The rabbits were humanely raised in warm hutches and more than one poor inmate/caretaker was executed for not showing Himmler’s bunnies “enough respect.” 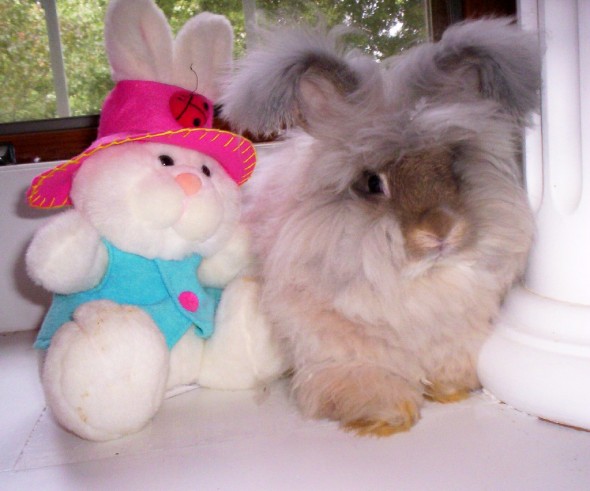 Stare into the face of evil. Snuggly, wuggly evil.

A not-at-all-insane person has been spotted lurking around the town of Northampton in the U.K. dressed like a homicidal clown. He never speaks — he just stares at people as they walk/run by trying not to scream, presumably to the store to buy replacement underpants. 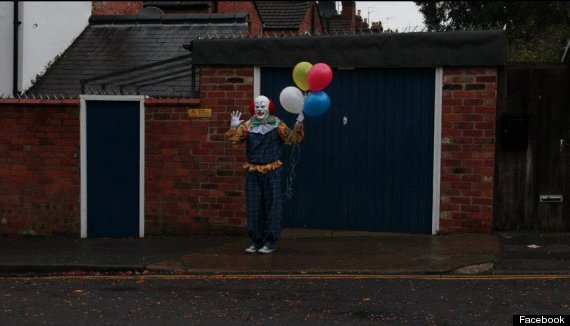 Here he is, being absolutely fucking terrifying while holding toy balloons.

Imagine running into this at night: 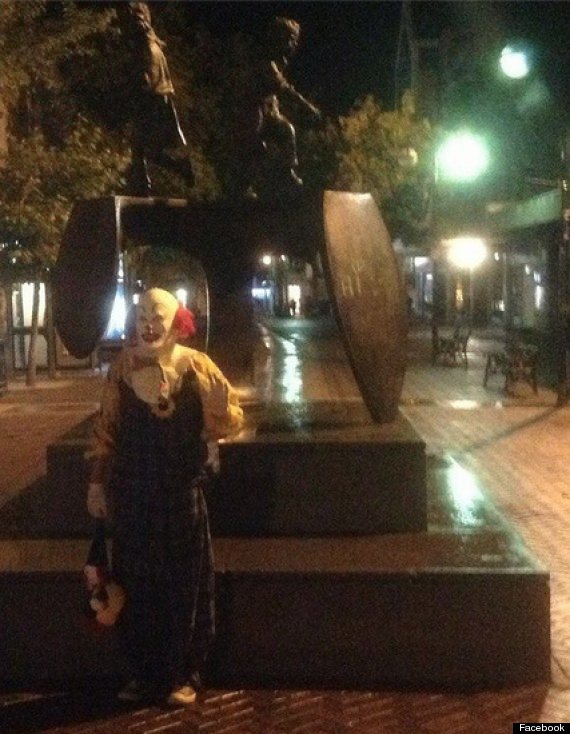 Don’t mind me. I’m just here to eat your soul.

Chuckles Manson up there was recently captured on video for the first time, silently being creepy as shit in a fountain.

While remaining anonymous, the mystery man described his behavior to a local newspaper as “just a bit of harmless fun.” He then climbed into a windowless van full of shovels and duct tape and asked for directions to the nearest kindergarten.

Who ya gonna call? Ghostbusters! (Also, me.)

Very excited to be taking my first paranormal investigation class today! Taught by the owner of Fort Worth Ghost Tours, the workshop will discuss the basics of ghost-hunting and feature demonstrations on how to use the basic tools of the trade (K-2 meters, EVP recorders, etc.)

So, if you want to know if your house is haunted, call me. I will put my crack paranormal investigative skills to work. If you’ve got ghosts, it will be confirmed by me running away screaming in a very professional manner.

In a particularly morbid find, a 400-year-old collection of heavily jeweled skeletons has been discovered in Europe. The bodies of Catholic martyrs and saints were meticulously decorated with precious jewels, pearls and crowns centuries ago and displayed for the poor to worship. Which in no way is a dick move by the Church at all.

Are we sure this isn’t what’s left of Liberace?

Some of them were displayed in rather flamboyant costumes. 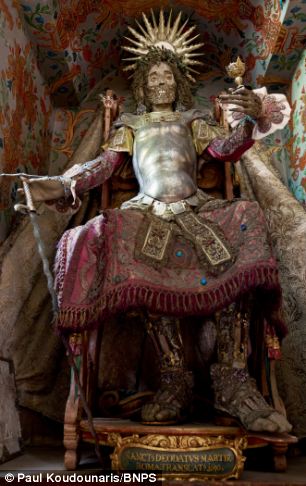 And some were arranged in inexplicably hilarious, come-hither poses.

A new species of shark that can actually WALK has been discovered in Indonesia. This new species uses  four sturdy fins like feet to waddle along the ocean floor looking for small prey.

This new species is small and harmless to humans. SO FAR.

I want to give you a big hug. With my teeth.

Dear Japan: I Love You

Damn you, you sexy bitch. You gross us all out by producing some of the most terrifying snack food on the planet. 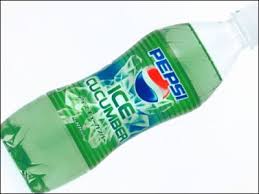 Cumber Pepsi: Add a twist of radish to complete a hat-trick of horrible.

Crispy Salmon Doritos: Leave these out for Santa and see what happens.

Octopus-flavored ice cream – Now with extra tentacle! (You knew there would be a tentacle joke in here somewhere.)

But then you lure me back with this hilarious video.

I wish I knew how to quit you.