Bay area residents were startled early Friday (09/13/14) morning to see a mysterious fireball shooting over the sky.  Multiple witnesses described the object as a white light with fog or smoke billowing out of it.

“I am used to seeing planes early in the morning with lights, but this was different,” said one bystander. “This had something coming out of it, it wasn’t just the light. I could see it spraying something.”

Witnesses in Nevada and Oregon also reported seeing the object. The U.S. Air Force confirmed that there were no missile launches from the closest base – Vandenberg A.F.B. – that morning.

Local astronomers reported that it was a meteorite. But that doesn’t explain the spraying. So what was this object and – more importantly – what was it spraying over a California town last week? 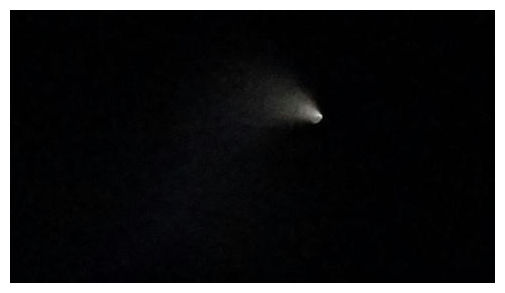 Because the bottom half of the RoboCop suit was too bulky to fit into a squad car, every time you see RoboCop driving in the film, he’s not wearing pants. 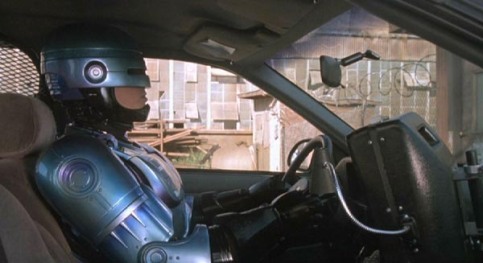 I dropped my badge – could you help me find it, Miss? It’s shaped like a wrench.

I was in my backyard last Thursday night (08/28/14) wrangling dogs, when I saw the proverbial “lights in the sky.” At first, I thought it was the moon until I realized that the moon was shining in the sky behind me. I was standing there in the dark, completely transfixed by this thin crescent of light glowing against the night sky. Suddenly, it shrank down into a single orb of intense light and… vanished.

I stood there for a full minute afterward, completely unnerved and wondering if I had just had my first UFO sighting. I was half stoked and half freaked out.

Tragically – for me, at least – there is evidence that what I witnessed was most likely the perihelion of a rare comet called Comet 289/Blanpain. Which is pretty disappointing. If you’re going to witness a mysterious comet, you’re really hoping it will be named something more dramatic, like Frankenstein Thunderhammer or Blaze Destiny’Boom. *Sigh*

Professor Frink: “That comet is headed straight for us, with the fire and the impact and the 100% chance of pain… pain in the glavin!”