Just got my new paranormal investigator shirt in the mail. Although I have yet to make a terrified sprint  from an investigation site, I’m sure that day will arrive. Thankfully, the back of my shirt is already prepared for the occasion. (See below – LOL.)

And if you DO happen to see a bunch of ghost hunters running from an abandoned building in the middle of the night (you’ll know us by the K2 meters in our hands and the look of panic on our faces), it is probably best to RUN.

Like a menopausal Rebecca Black with money to burn and a staggering amount of self-confidence, a new singer called Holotka the Cougar has burst onto the musical scene. I am simultaneously terrified and inspired by this video. Please to enjoy the overly auto-tuned musical stylings of her NSFW song “Bitch It Up.”

Note: Though absolutely TERRIBLE, this song is diabolically catchy. Consider yourself warned. 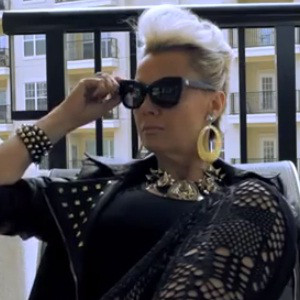 I don’t understand why they keep kicking me out of Forever 21.

So, this is apparently a thing.

Do you like vodka but feel like it needs to be CRUNCHIER? (Who doesn’t?) Fret no longer. Behold: a recipe for Cheeto-infused vodka.

Chester Cheetah tends to get bi-curious after one too many Vodka Cheeto shots.

If you’ve seen “A Fish Called Wanda” you know that one of the funniest bits is when Kevin Kline’s near-psychotic jewel thief gets upset about something and repeatedly yells: “DISAPPOINTED!” (Trust me, it’s funny.)

Well, that is how I felt on Saturday. I went with a local paranormal group to tour the Top o’ The Hills Terrace (which is now a Baptist college). Since it was with a paranormal research group, I naturally assumed that we would be allowed to set up our ghost hunting equipment and lurk about. (The grounds were home to an illegal casino in the 30s and 40s and several murders supposedly took place at that time.)

I should have known I was screwed when our tour guide proudly announced that she was so staunchly religious that she’s never allowed a deck of cards into her home. No way was she going to let us set EVP recorders in the middle of her Baptist College. And I’d taken the tour before, so it was a total waste of time.

However, the main building is fascinating. When it was a casino, the owner had secret rooms and tunnels leading outside built into the structure. If there was a police raid on the casino, the gambling equipment was shoved into a secret room and the guests were hustled through the secret tunnels outside to the tea garden, where food and drinks were planted. Genius!

The college built up the floors of the main building during renovations, so the two secret tunnels that have been discovered are located about four feet below the current floor. Below are pics of the two tunnels. (Rumor has it that there are more to be discovered.) These tunnels were spooky (particularly the second one) and I’d love to get in there with some ghostbusting equipment. *Sigh* 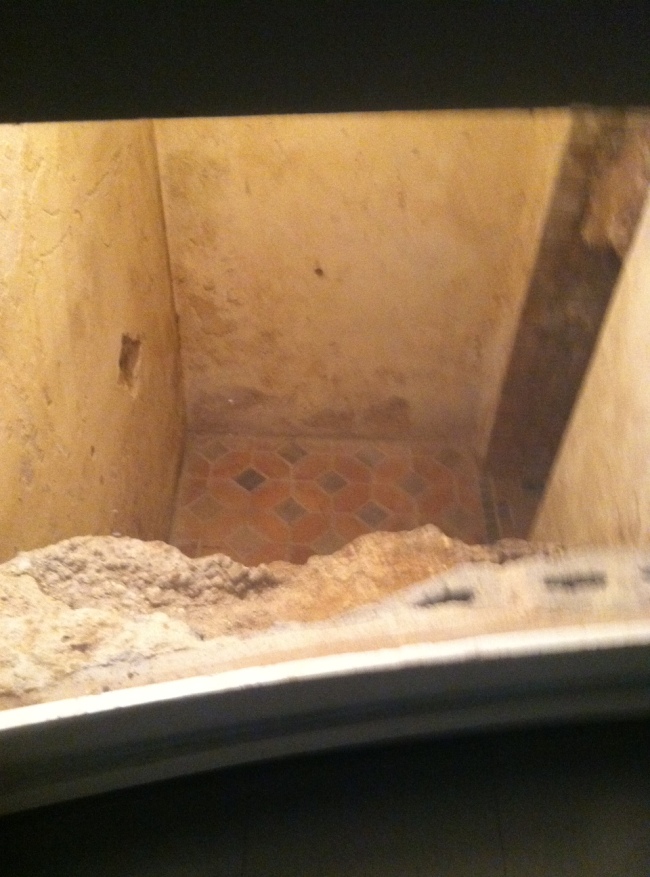 I like how the secret passageway has very stylish tile flooring. Nothing but the best for illegal gamblers!

Gruesome Fun Fact: This tunnel is located behind the kitchen and leads out into brush behind the building.  During the casino’s heyday, the land surrounding it was very rural and home to several pig farms. According to witnesses, dead bodies were sometimes taken out through this tunnel and then fed to the local pigs. Effective but seriously gross.

American actor Richard LeParmentier has passed away at the age of 66. Star Wars nerds know him as Admiral Motti, the insolent commander who dared to talk trash to Darth Vader about The Force. In his most memorable line, he makes fun of Vader’s “sad devotion to that ancient Jedi religion.” Darth responds that he finds Motti’s “lack of faith disturbing” and then chokes his ass out. With his mind.

Sith Lords do not respond well to constructive criticism.

So a 325-Pound Transvestite Walks Into A Bar…

Not really. He actually broke into a sex shop, where the security cameras recorded him as he proceeded to experiment with the toys and — as you do, if you are a big, manly burglar — try on various pieces of lingerie and ladies’ wigs. For reals. This is him: 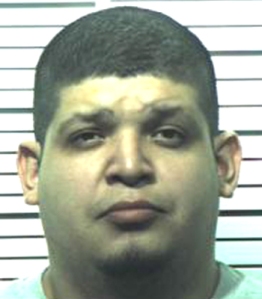 So, no matter how much lingerie and wigs he managed to squeeze himself into: LEAST CONVINCING DRAG QUEEN EVER.

Also, Captain Thought Process here was rounded up pretty easily after making his escape. Mainly because the security cameras that caught him dressing up like a naughty nurse and doing  irreparable emotional damage to the detectives who had to watch the tape, also caught footage of the large tattoo on his back. That happened to spell out his last name.

The pretty ones are never very smart.

E.L. James (author of Twilight fanfic-turned-porn book series Fifty Shades of Grey) has announced that she is going to publish a How To guide for budding authors looking to turn their own slash fiction into bestsellers. It’s called “Fifty Shades of Grey: Inner Goddess (A Journal).”

Totally asking for it.

Can I get a witness?

I have no idea what’s going on in this photo (except adorableness!) so I am going to pretend that this brave dog is getting ready to testify against an evil cat/James Bond villain called GlamourPussy.

In order to prank a friend for April Fool’s Day, my friend Kevin posted his car for sale on Craig’s List. I helped by writing the copy for the ad. It was hilarious.  Well, it was hilarious to everyone except the car owner, who has VOWED REVENGE. All the trade items listed are things that he hates. Especially rats. (The Brokeback Fountain reference is an inside joke.) Bwa-ha-ha-ha! 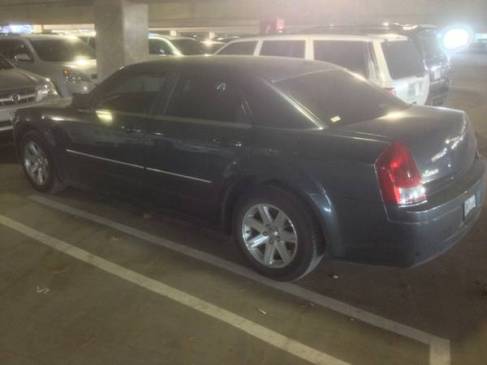 For sale or trade: one barely driven 2009 Dark Blue Chrysler 300. As a traveling magician, I am looking to upgrade my ride to a bigger model in order to hold more magic top hats and rabbits. Asking price is $8,000. However, I am a huge fan of Mexican food and pickles. Also, I absolutely LOVE rats of any shape, size or color. So, if you have an abundance of any of those items (esp. rats), I am willing to talk about a trade situation. (Will also do a straight-up trade for a Brokeback Fountain in good working condition.) For more information, call Black Magic at….