First responders to the scene of a tragic car accident that left a young mother dead and her toddler in the hospital told CNN’s Anderson Cooper that they heard a voice coming from inside the submerged vehicle asking for help before they knew there were any survivors.

Three police officers and two firemen arriving on the scene of an accident heard an adult voice saying “Help us! Help me!” coming from in the partially submerged car, which had gone off a bridge into the Spanish Fork River on Saturday, March 8. When they flipped the vehicle on its side, the driver – 25-year-old Lynn Jennifer Groesbeck – was clearly deceased and baby Lily was unconscious but still alive. The 18-month-old was suspended from her car seat, which had kept her out of the freezing river for 14 hours until she could be rescued. At last report, Lily was recovering well with her family.

“The four of us heard a distinct voice coming from the car,” Officer Jared Warner told CNN. “To me, it didn’t sound like a child’s voice.”

Other first responders agreed. “All I know is that it was there, we all heard it, and that just helped us to push us harder, like I say, and do what we could to rescue anyone inside the car,” Tyler Beddoes, another officer at the scene, told Anderson, on CNN’s “Anderson Cooper 360.”

But the question still remains: with the mother visibly deceased and the toddler unconscious, whose voice did the first responders hear urging them to rescue the endangered baby? 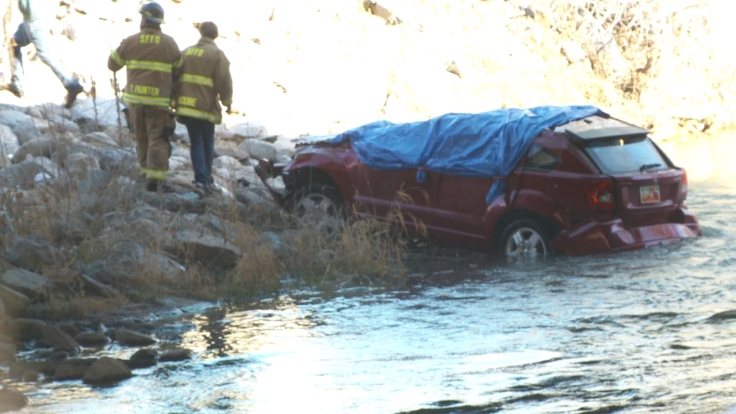