The Huffington Post provided comprehensive coverage of the recent Citizen Hearing on Disclosure, a five-day Congressional-style hearing held at the National Press Club in Washington, D.C. from April 29 – May 3. While HuffPo did file it under their Weird News section, the coverage is straight-forward, with none of the joking tone that the media usually employs when reporting on UFOs.

Check it out. There are no tinfoil-hat, conspiracy nuts speaking in these sessions. These are, for the most part, former Congressmen and Senators, former astronauts, and retired high-ranking Air Force officers. There is also video of a deathbed disclosure of government knowledge of aliens from an ex-CIA operative. Note: Ignore the crappy, circa-1997 look to the website featuring the ex-CIA confession. Just focus on the compelling video.

Are these ships from another galaxy or just top-secret military vehicles of our own?  It’s open for debate. But, whether you are firmly in the “UFOs don’t exist” camp OR a full-fledged UFO believer, I think you’ll find these articles and the video interesting.

A special THANK YOU to FOB (friend of the blog) Jennifer Malone for sending this in, btw. 🙂 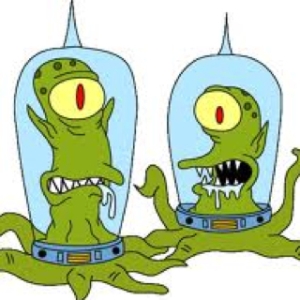 Kang: This post isn’t funny at all.  When is she going to get back to making Star Wars jokes?

Kodos: I don’t know but this sucks. Put her on the PROBE ROSTER!

14 Comments on “Speaking Of UFOs…”