Seven-Foot Satan Statue In Oklahoma City? This Is Sure To End Well.

A group of New York Satanists announced plans to erect a seven-foot-tall statue of Satan at the Oklahoma state Capitol building to protest the giant Ten Commandments statue that was built there in 2012. 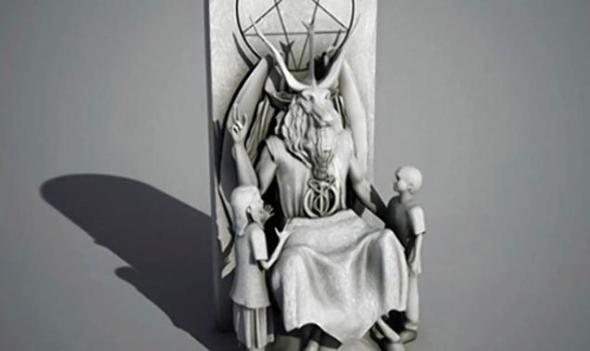 Nope, nothing horrifying about this.

My Dad was from Oklahoma, so I know a few things about Okies. They like their guns loaded, their bibles thumped, and their Capitol buildings to be non-Satan-adjacent.

I’m all for free speech but if they put this thing up, it will last about week before someone shoots it, beheads it or converts it into a meth lab.

In summary: Good luck with this, Yankee infidels. This is TOTES a great idea that will in no way backfire whatsoever.

4 Comments on “Seven-Foot Satan Statue In Oklahoma City? This Is Sure To End Well.”