Naysayers are claiming that it is just a photo of seals, but last I heard seals were not in the habit of synchronized swimming. In a straight line.

Legendary loch monster or frolicking seals in a perfect queue? You be the judge.

My birthday is in November so…. only 270+ shopping days left to snap this fantastic Loch Ness Soup Ladle up for me. #JustSayin’ #NessieNoodle #SeaSerpentSplitPea 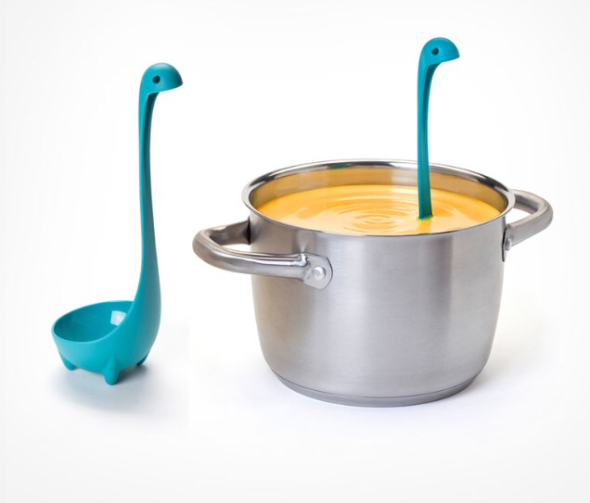 Because everything tastes better with a little monster in it… 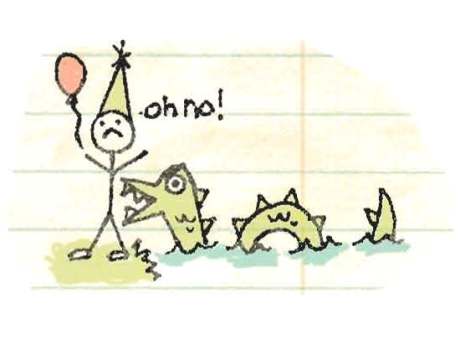 A Scottish photographer recently captured photos and a video of what he believes could be the elusive Nessie taking a swim through the Loch. It’s either the Monster or one GINORMOUS eel.

Also, for the record — do not Google “sexy lake monster” even to find funny photos for your blog. Bad things happen, people. Very bad things.

I think they mean “Lady of the Land of Lakes” Butter Fan Club.

In a sure sign of the impending apocalypse, a flurry of groin-centric celebrity selfies has recently hit the Internet.

Attention, men of Earth: Unless your name rhymes with Rent Treznor or Tanning Baitum, no one wants to see your sexy self-portraiture.

Last week, 70-year-old Geraldo Rivera drunk-tweeted a picture of himself wearing nothing but hippie glasses and a dangerously low-slung towel.

Then, of course, there are the many moods of Carlos Danger, AKA Anthony Weiner — who shrewdly sent wang pics to some rando girl who looks like the night manager of an Applebee’s.

And finally, the grand-daddy of all celebrity crotch shots: Mr. Brett Favre, a man so arrogant and lazy, he notoriously couldn’t even be bothered to remove his hideous Crocs while sexting.

There’s no way I’m posting anything that gross. And by that, I mean the Crocs.

In summary: This has never worked in the history of EVER.  If you want to arouse a girl, send her a picture of yourself rescuing puppies from a fire — you will be on the bus to Poundtown before you know it. You’re welcome.

Word of the Day: Globster

An unidentified, toothy sea creature (AKA, a globster) recently washed ashore in the U.K., causing speculation that it might be a deceased sea monster. Defined as “an unidentified organic mass that washes up on the shoreline of an ocean or other body of water,” a globster often sparks a lot of excitement and jokes about Loch Ness before it’s inevitably identified as the remains of a basking shark or — in this case — a large eel.

There have been reports of sea monsters (or lake monsters like Nessie) from all over the world. One of the most obscure yet interesting stories is Texas’ own Sea Monster of Port Isabel, which sparked a lively fishing competition off the Gulf of Mexico in 1938. The sea monster was reported by witnesses as being more than 40 feet long, proving that everything really is bigger in Texas.